I’ve known Stephen since he was four.  I think my husband knew him before that.  And it was this (not-so-little-anymore) guy’s wedding we photographed this past Saturday.  The wedding and reception were held at Toad Hill Tree Farm in Middleport, NY, where Liz’s vision was stunningly brought to life.  Rustic, shabby chic, BEAUTIFUL!

Their First Look.  For anyone who is concerned that seeing each other before the ceremony will spoil that moment when he first sees you, I want you to look at his face here.  At this moment, she’s the only person on earth.  And he still cried when she came up the aisle. 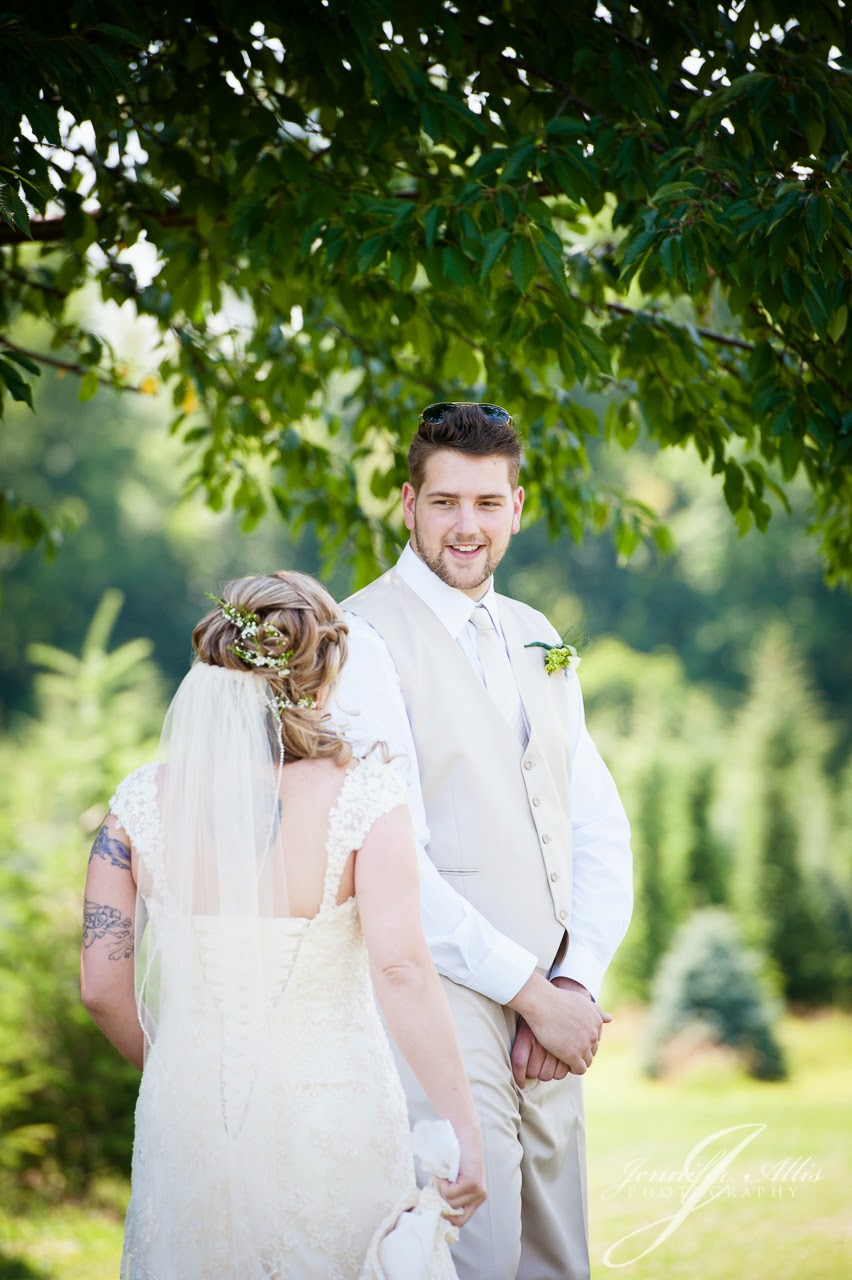 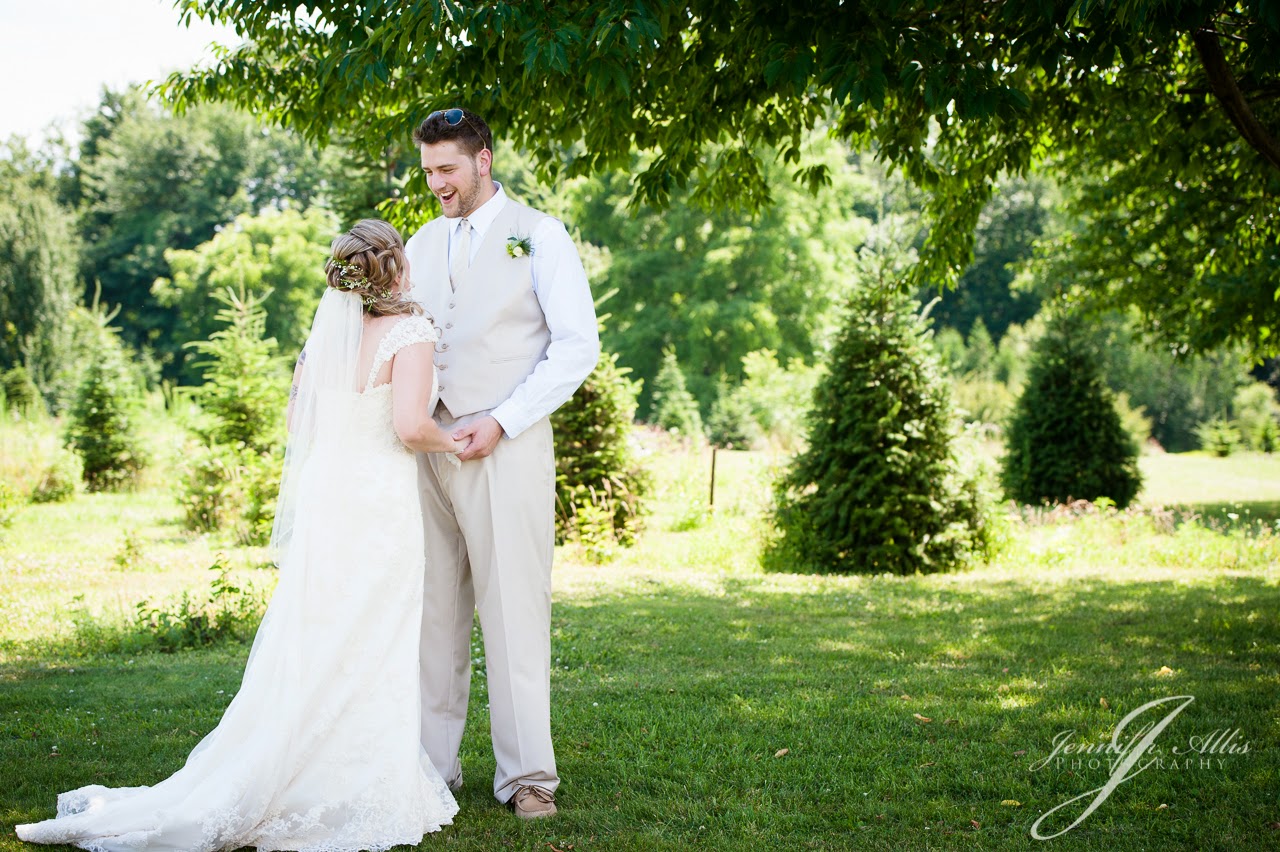 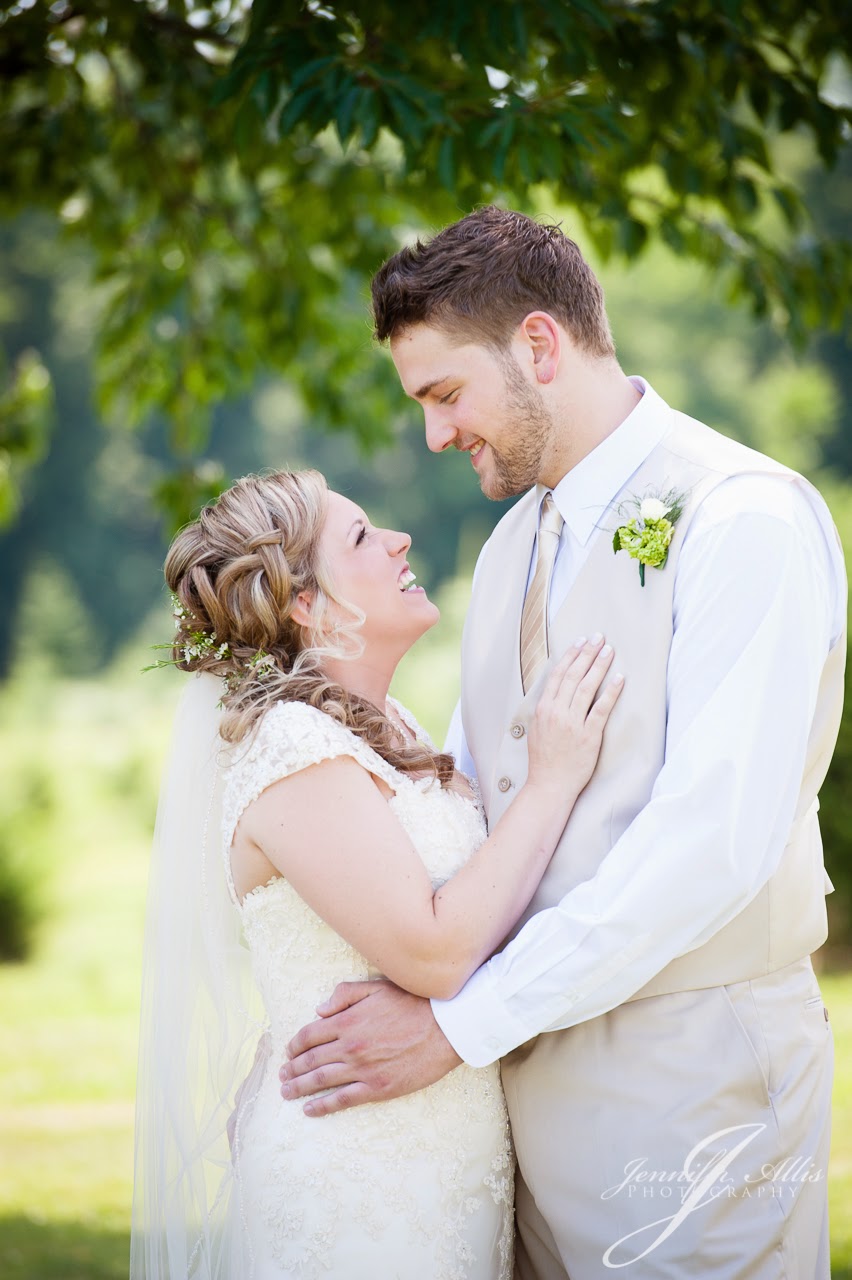 And, here is Steve with Carmen, Liz’s daughter, when seeing her for the first time.

Sweet story alert:
At the end of the evening, I saw Carmen run up to Steve.  In the sweetest little-girl voice, she asked, “Steve, are you leaving?”  He told her that he was, and continued packing the car.  Then she stopped him in his tracks as she voiced her fears.  “But, Steve, are you leaving ME?”
Now, this is his wedding night, right?  Presumably he has other things on his mind.  But, I watched as he reached down and picked her up.  He held her close and confided that, yes, they were leaving.  But they would be back with her tomorrow.  Then he cuddled her until her fears were appeased.
This moment about took my breath away.  I thank God for the relationship Steve has with this precious girl. 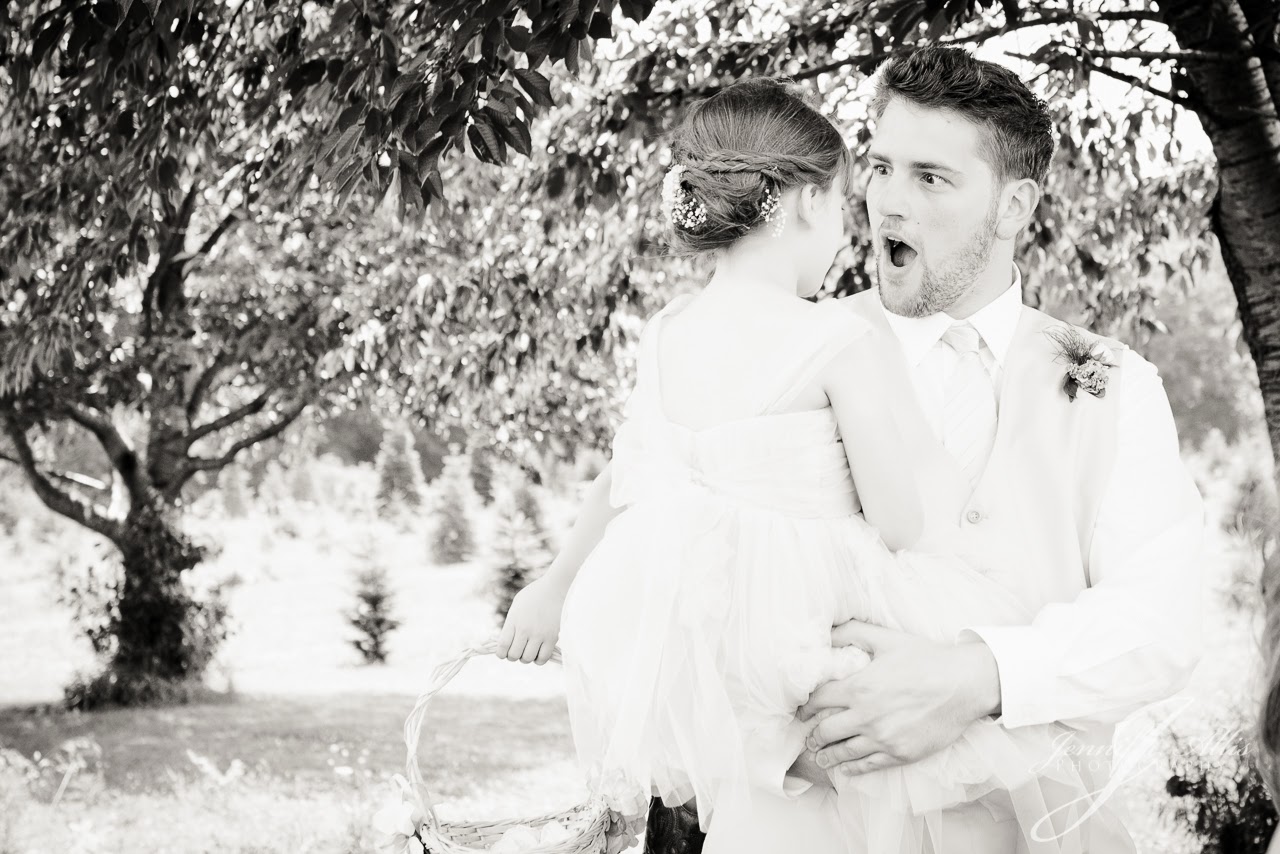 Here they are, at the altar, ready to become husband an wife. 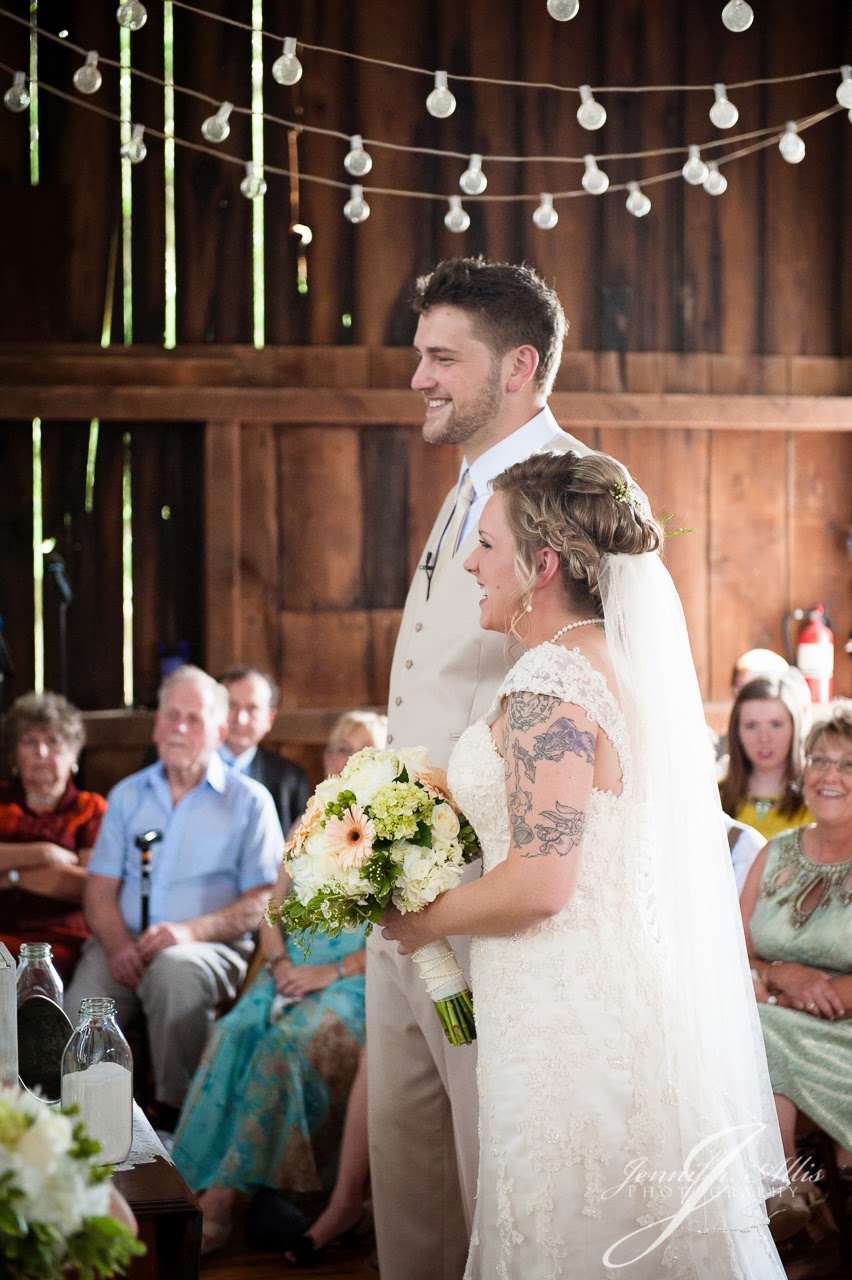 First time breaking out our Lensbaby at a wedding.  I like! 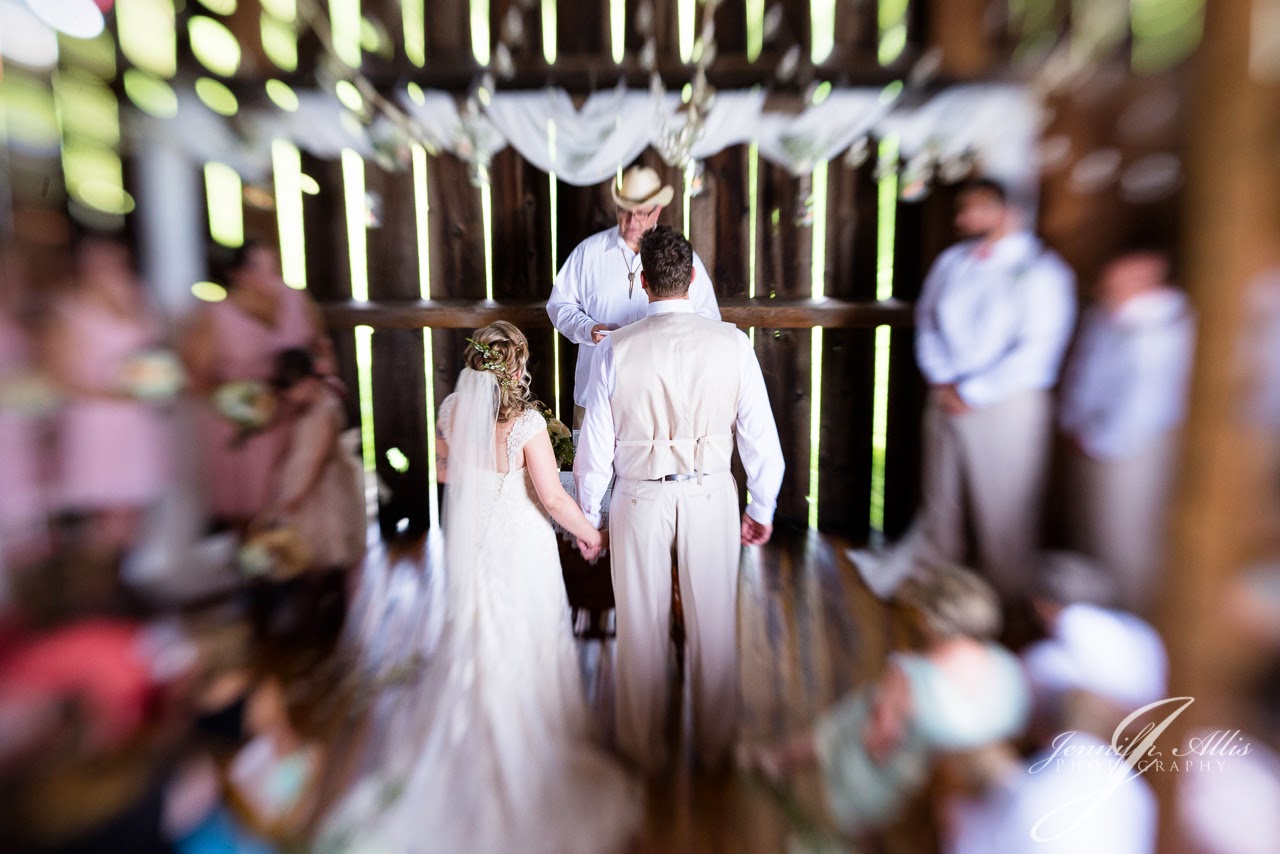 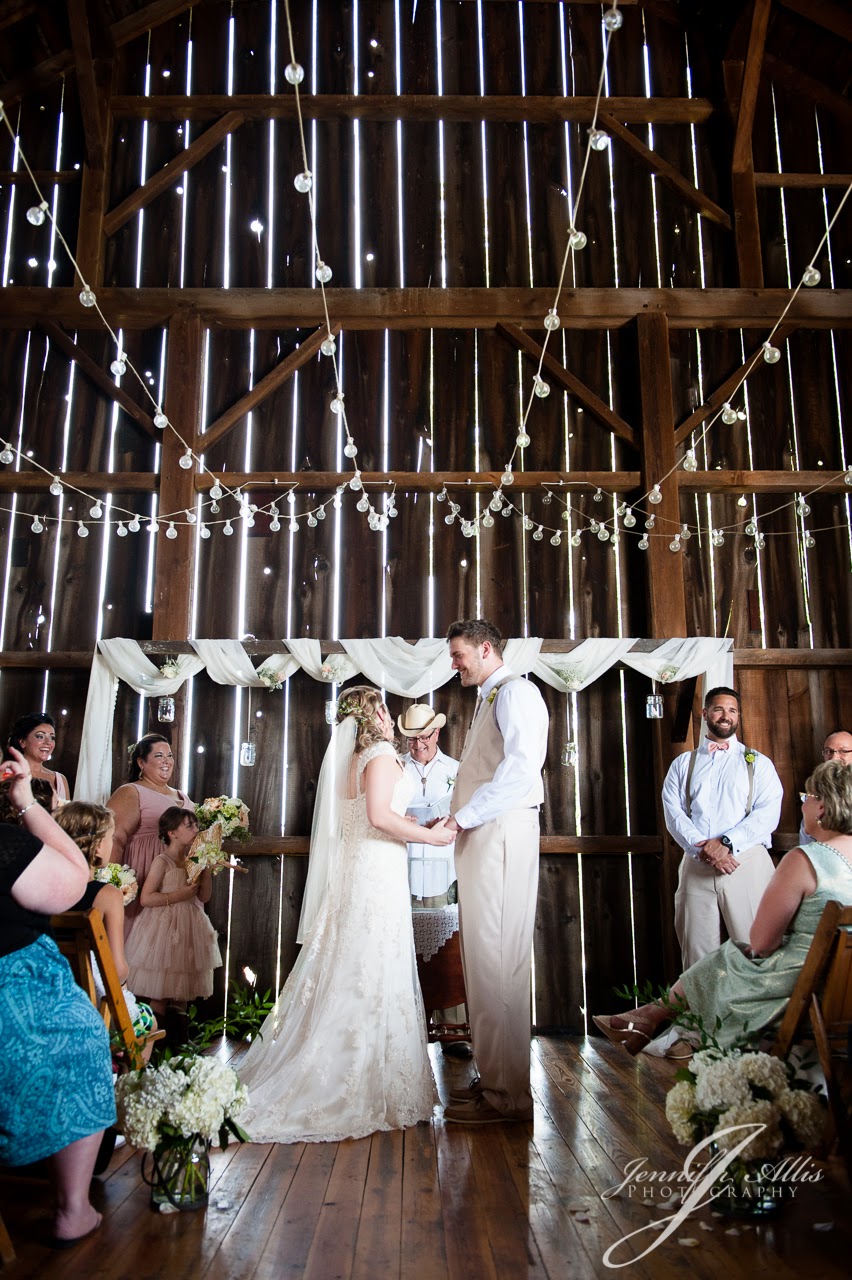 Their celebratory dance on the way back down the aisle  🙂 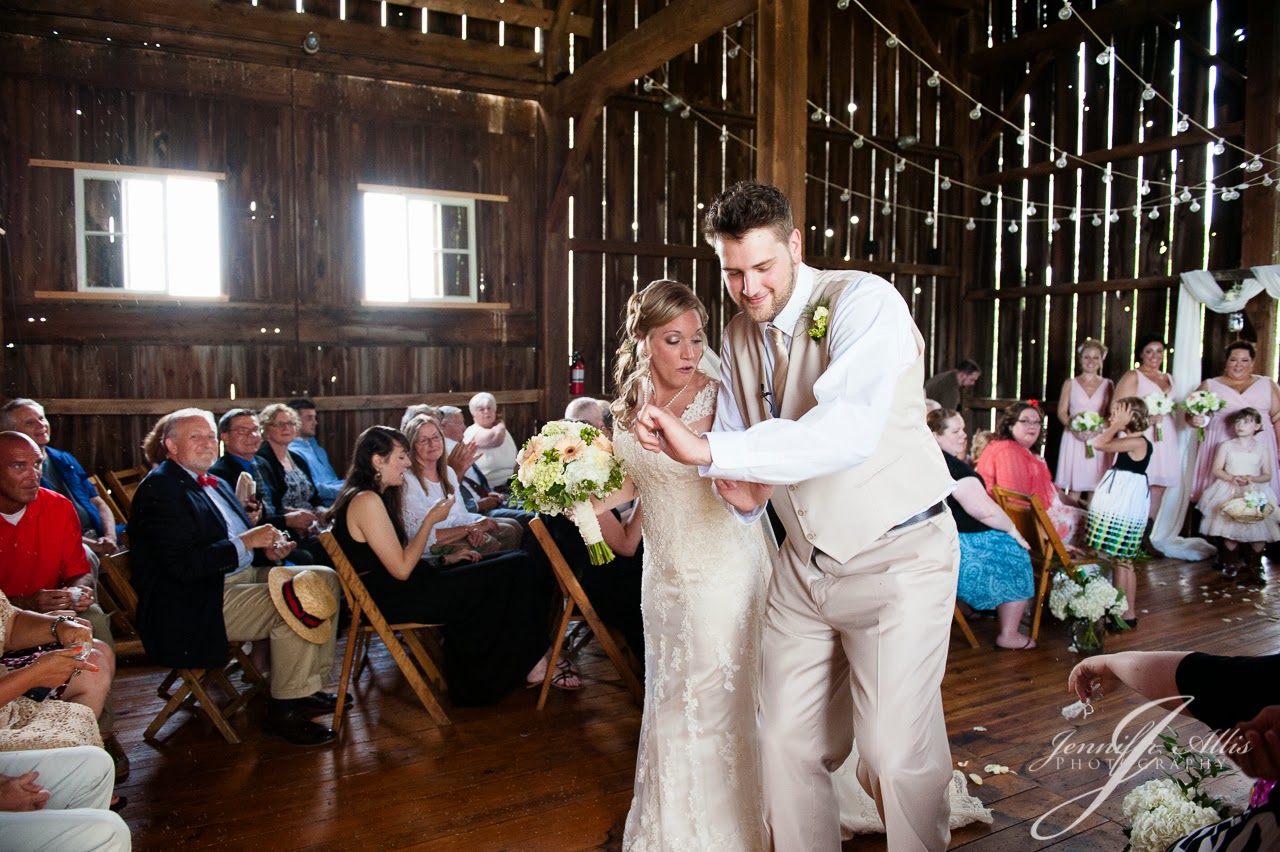 I especially like this shot of Steve with his mom and Liz.  Steve is the baby of his family and has an extremely close relationship with his mom.  Smooooooch! 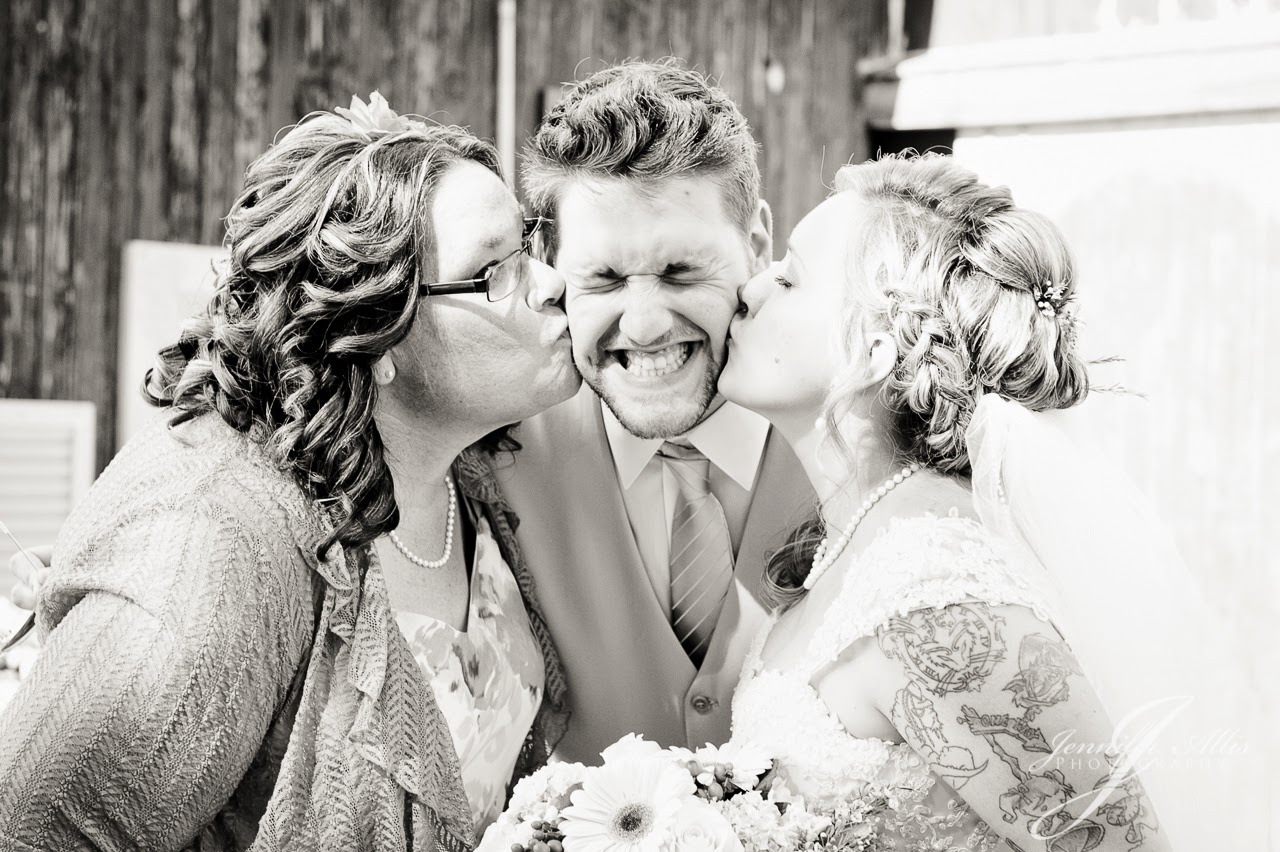 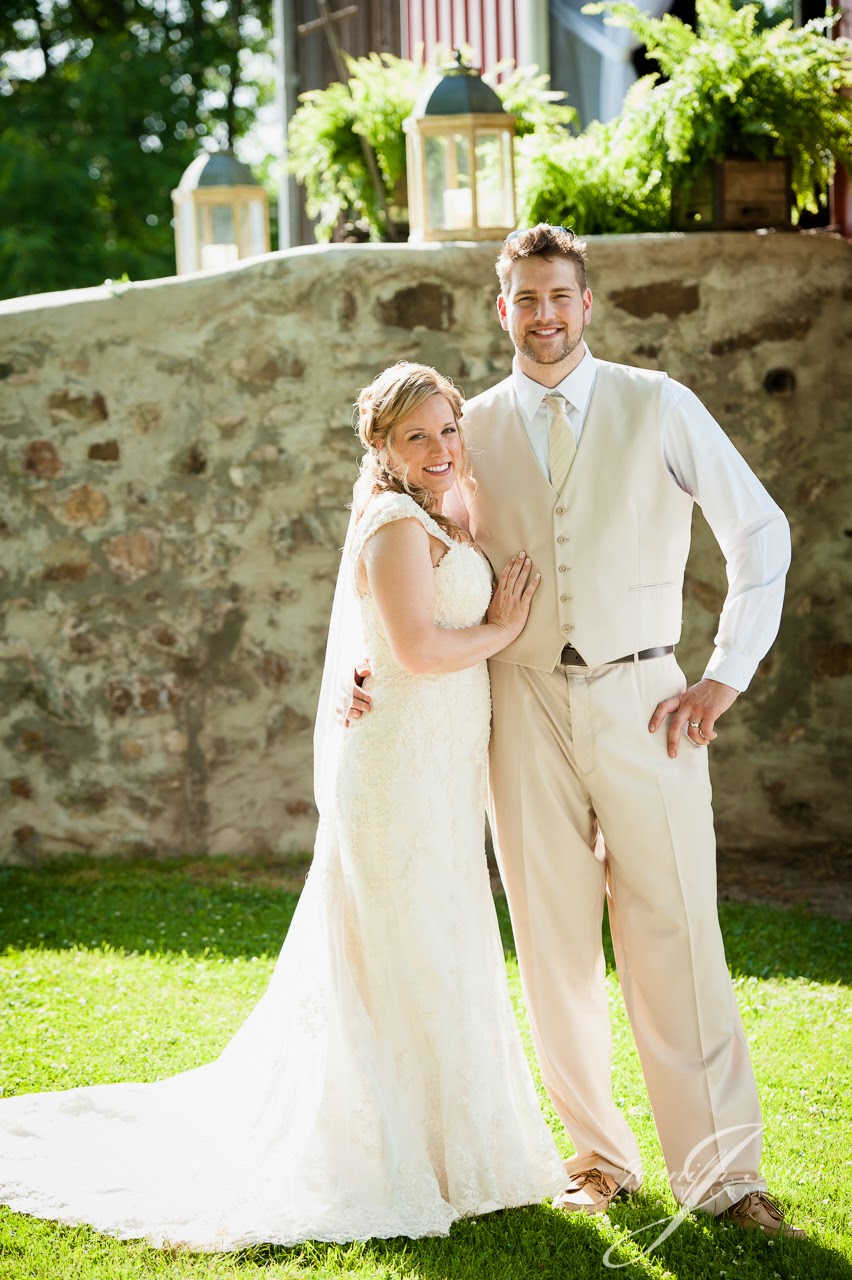 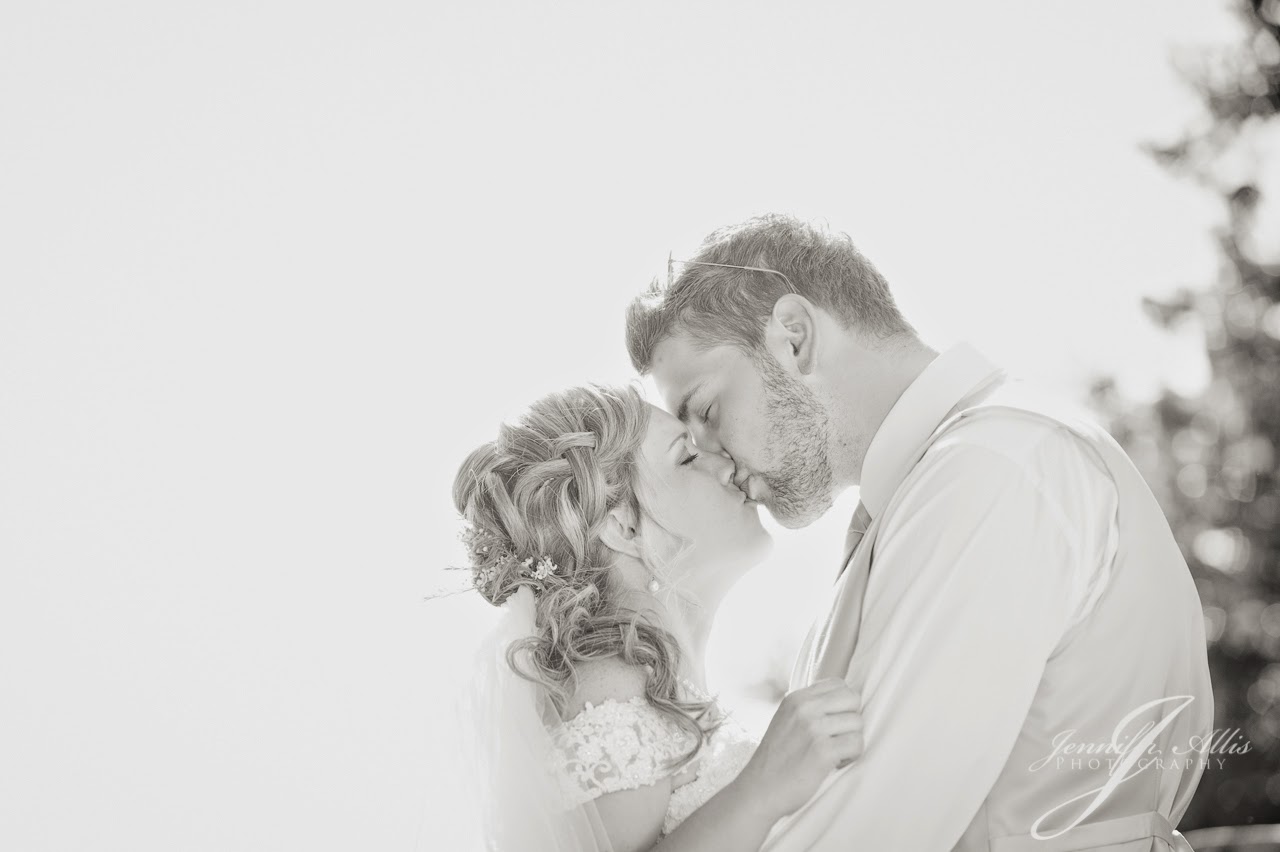 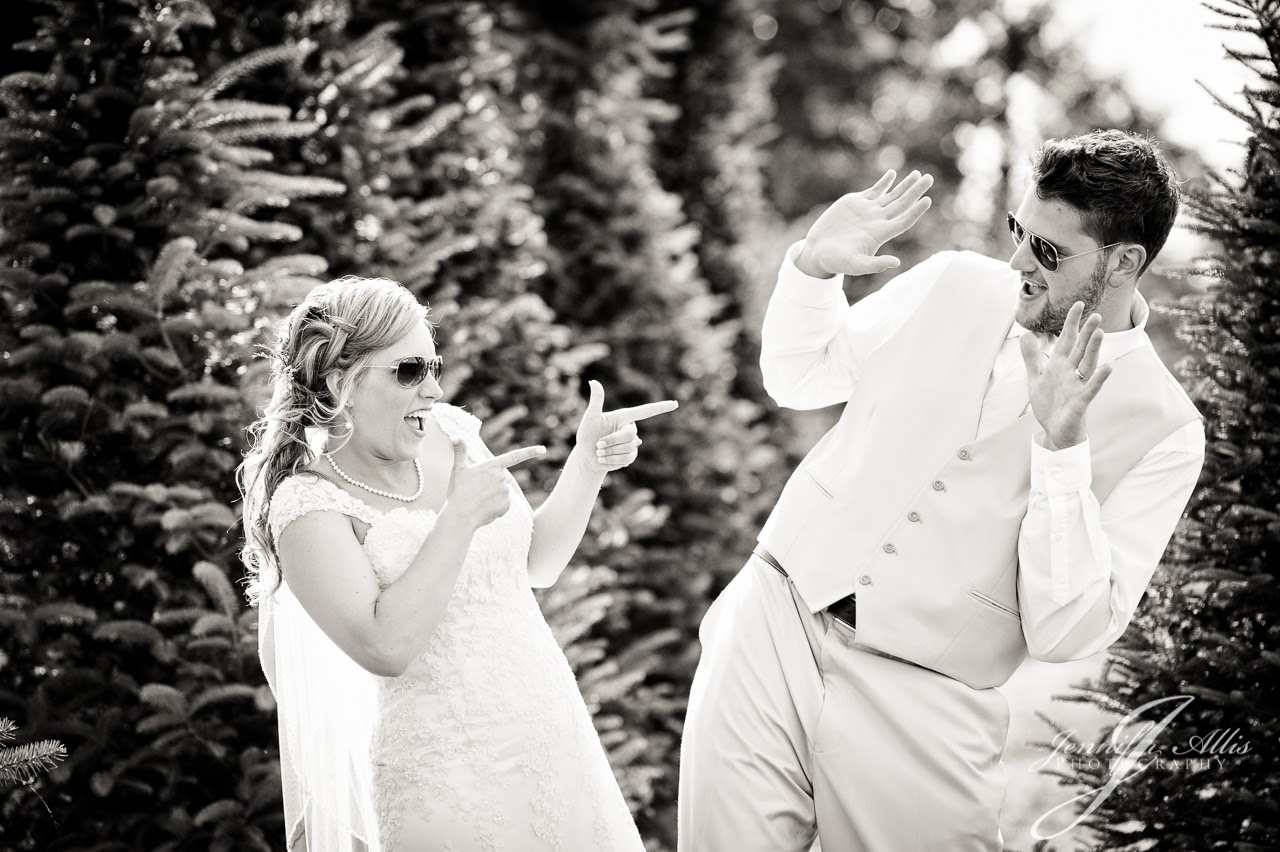 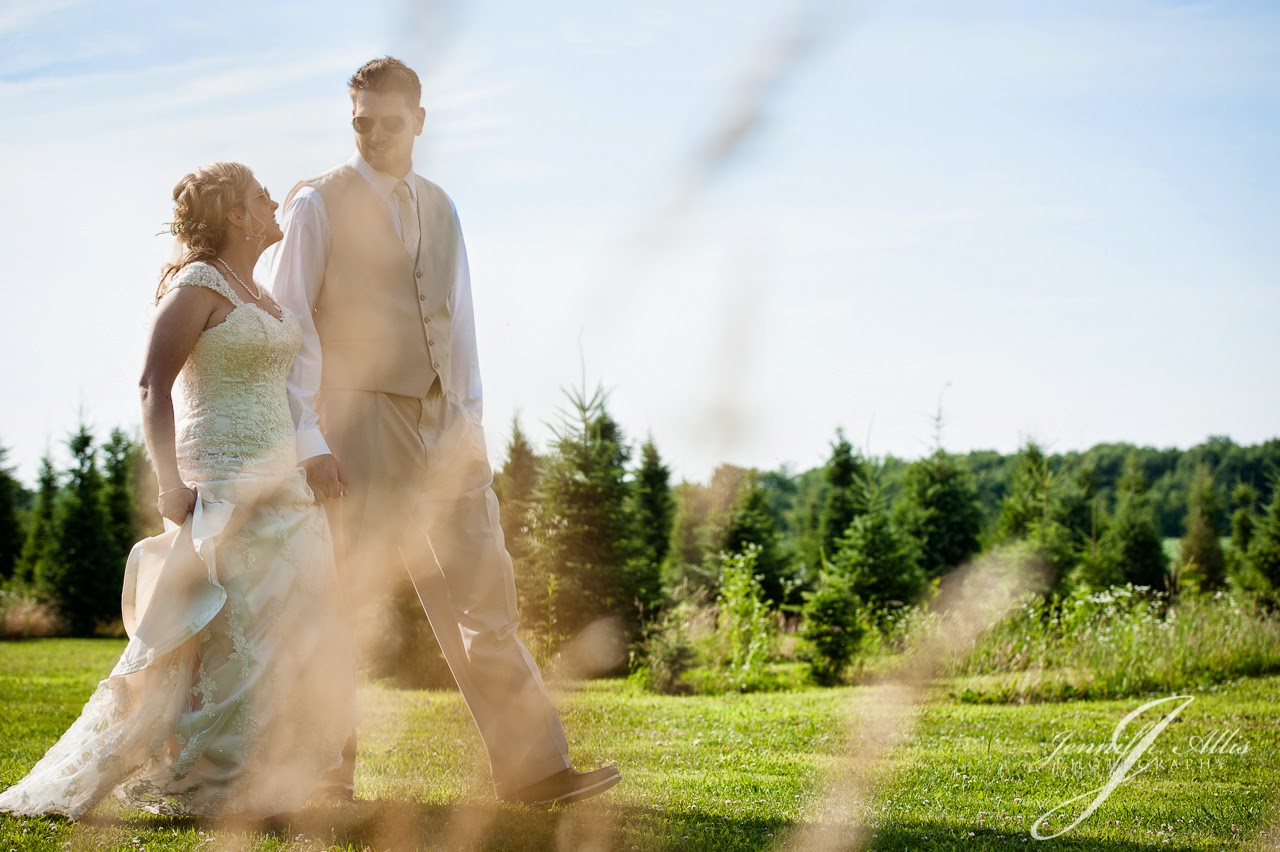 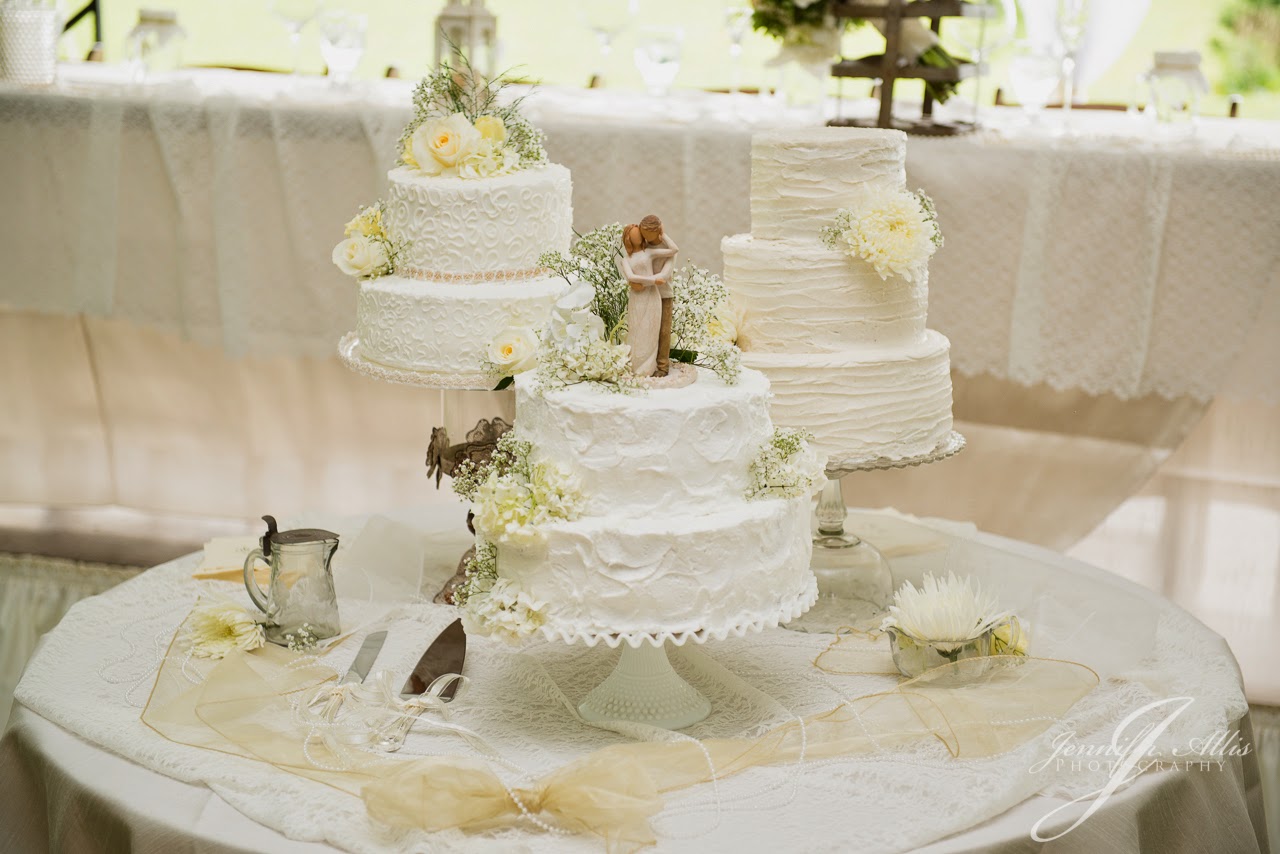 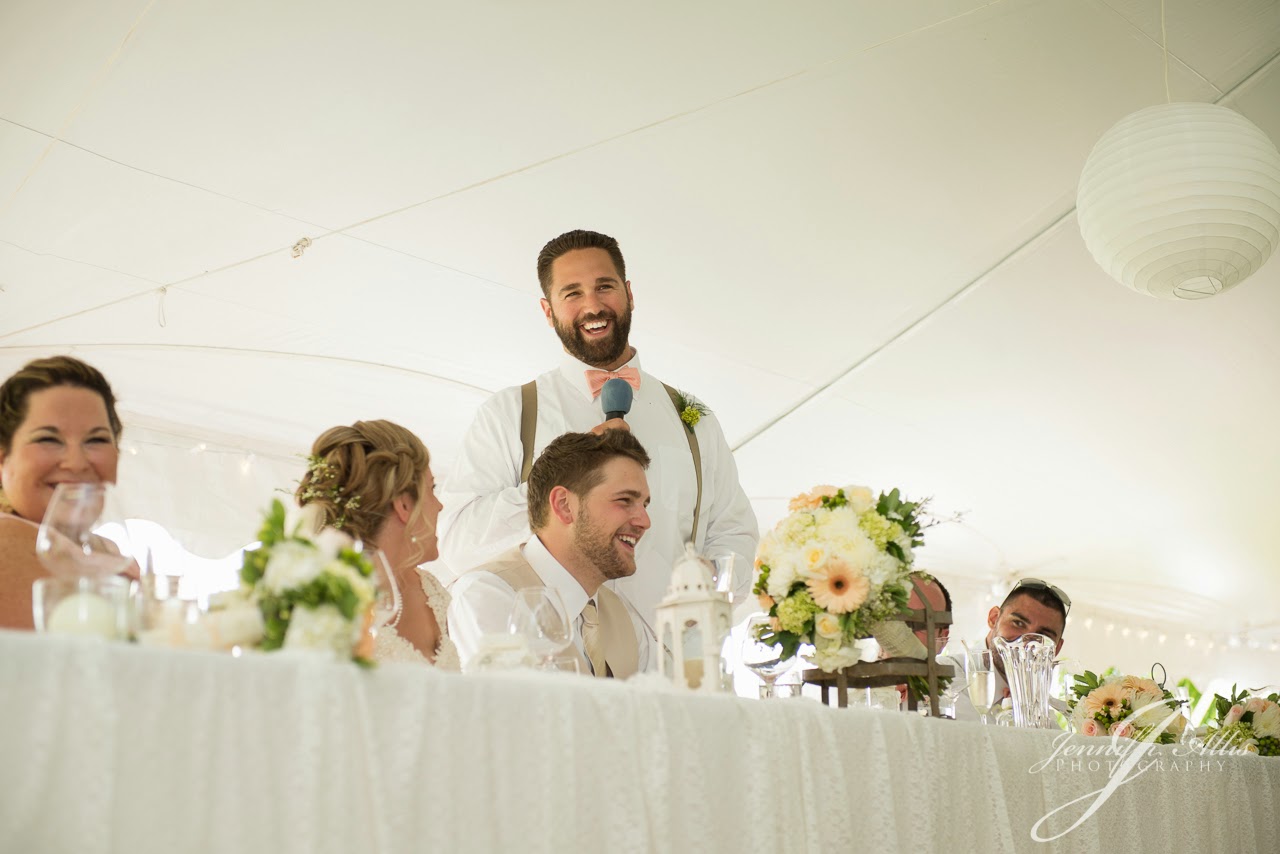 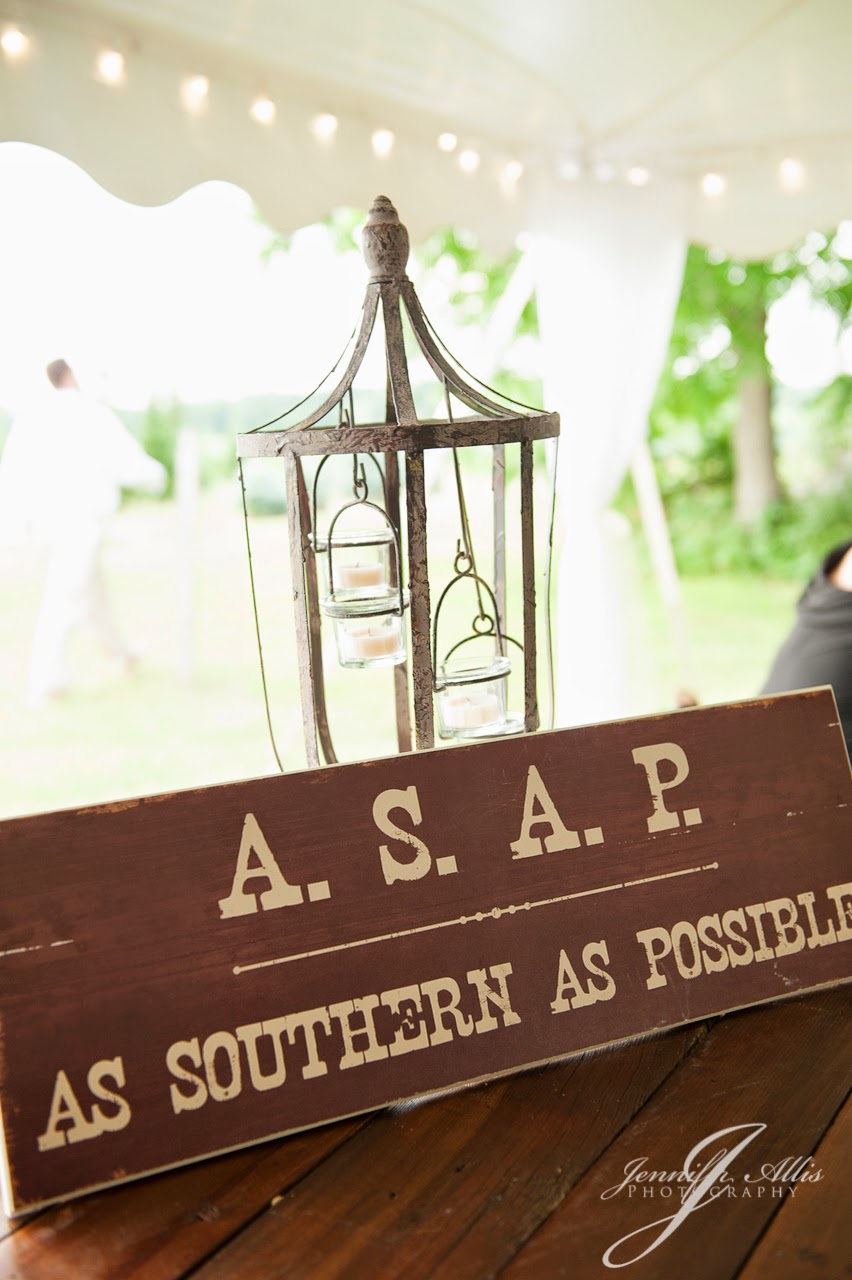 Their rings on the bar: 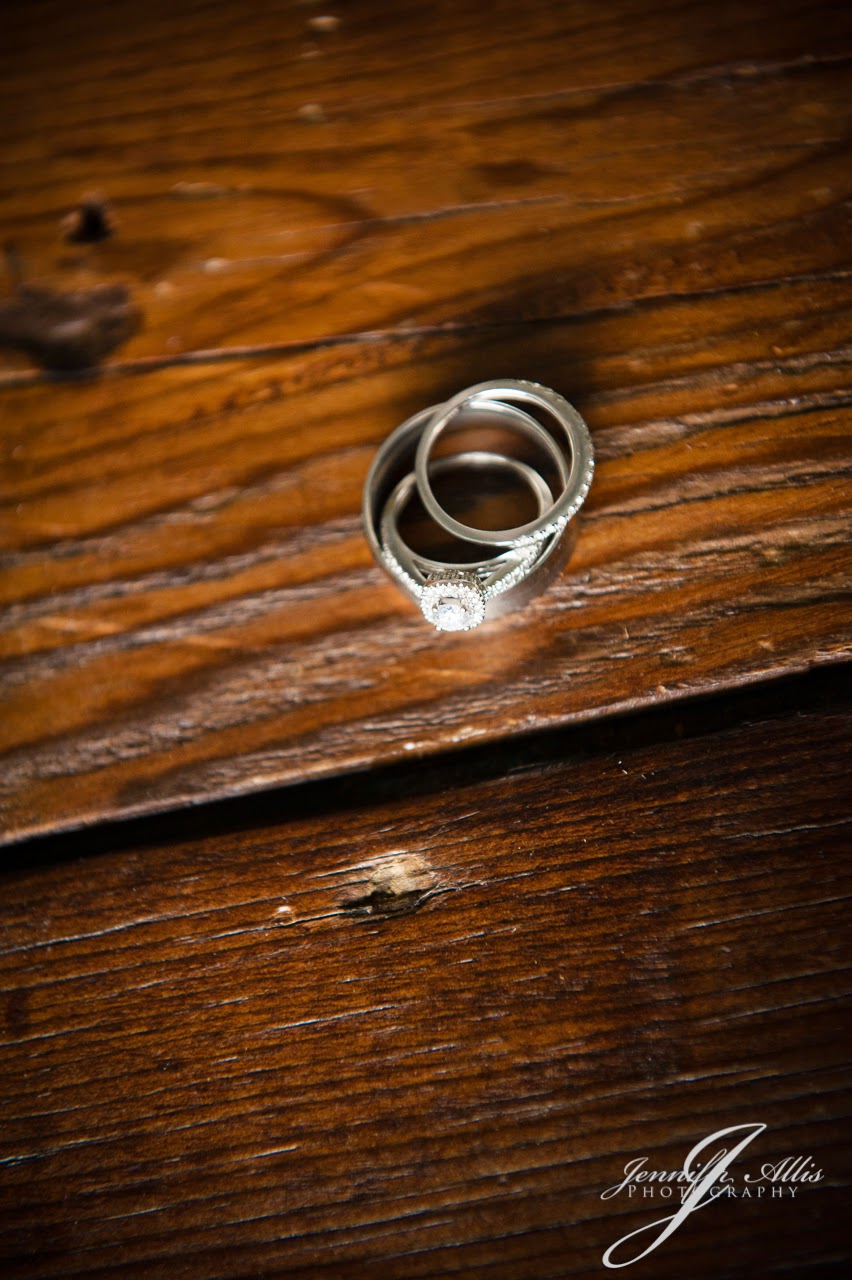 Their dj, Beamin Sounds, broke out “The Newlywed Game” for some fun before the dancing. 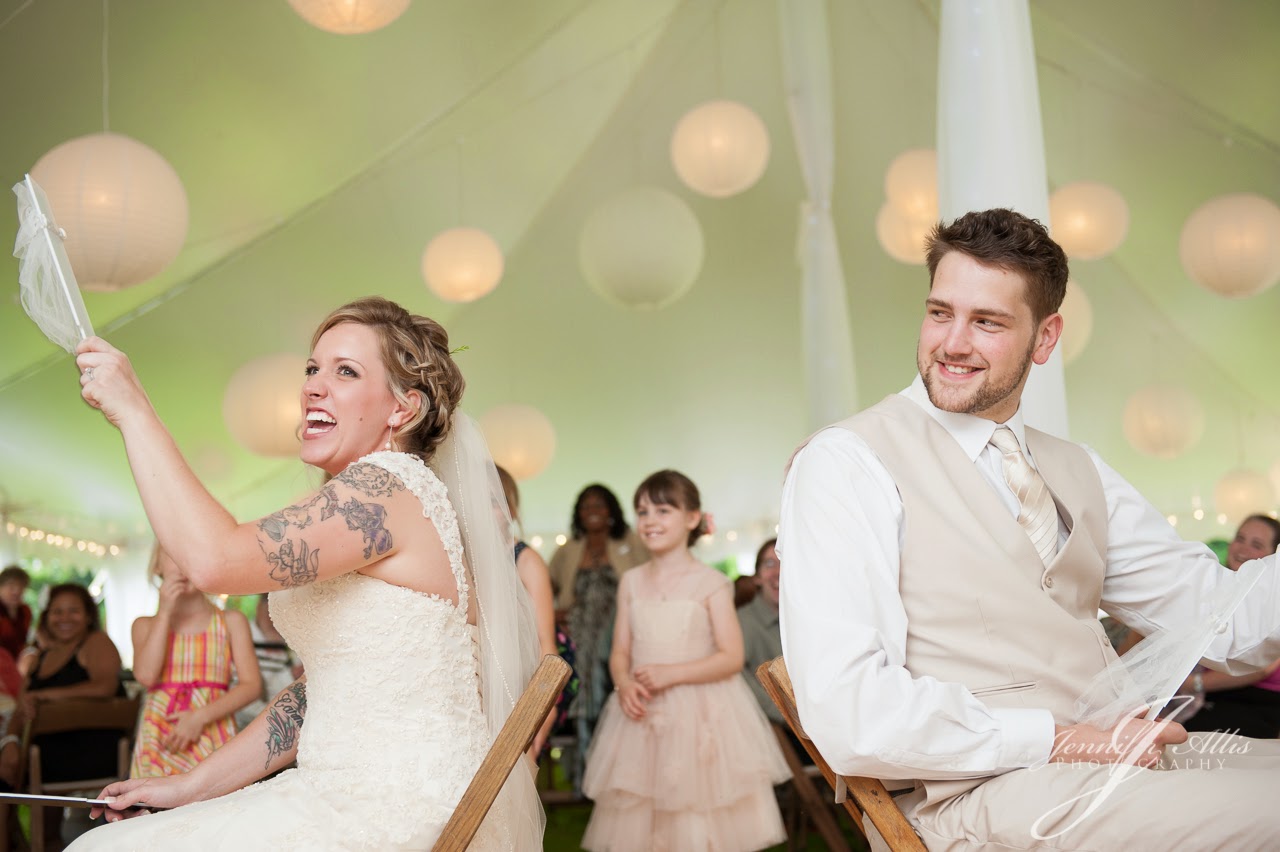 Then, they were ready to dance the night away: 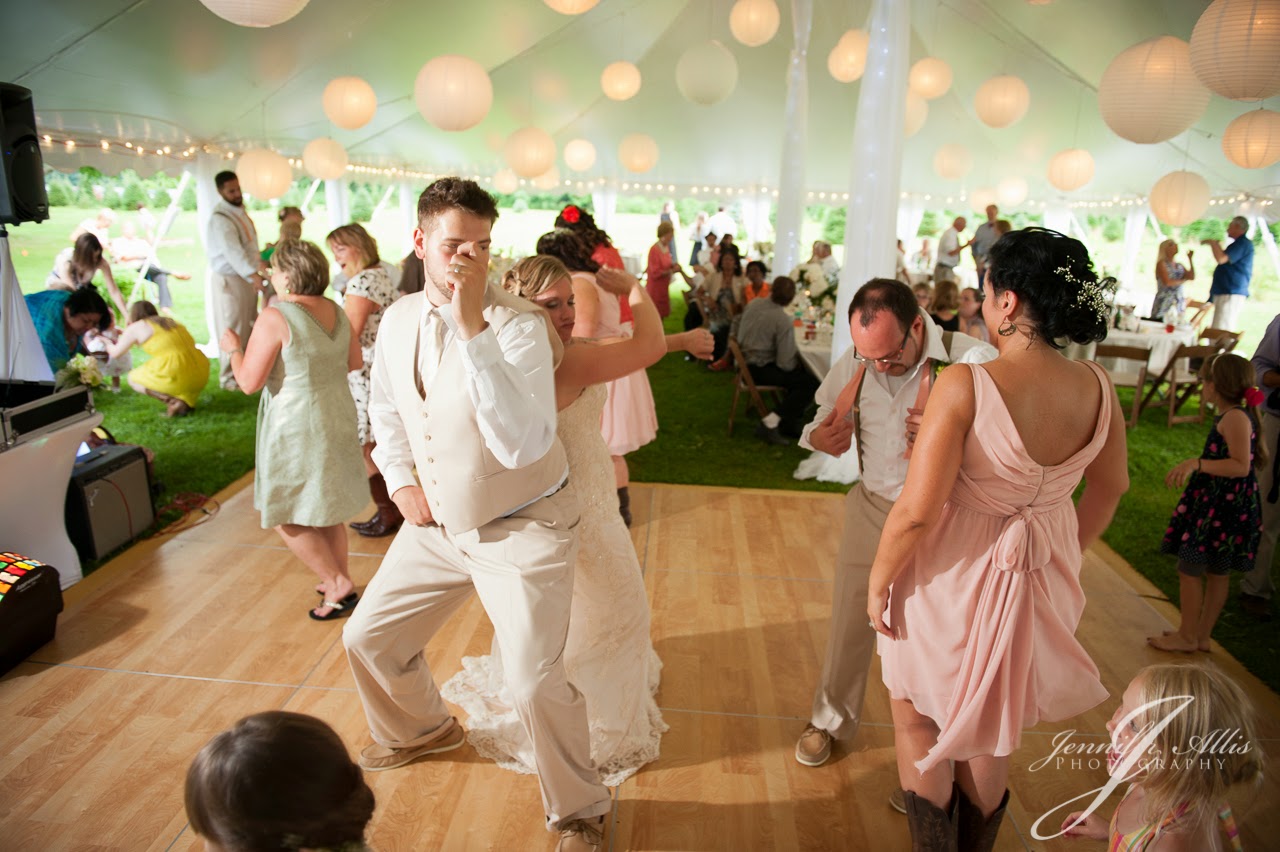 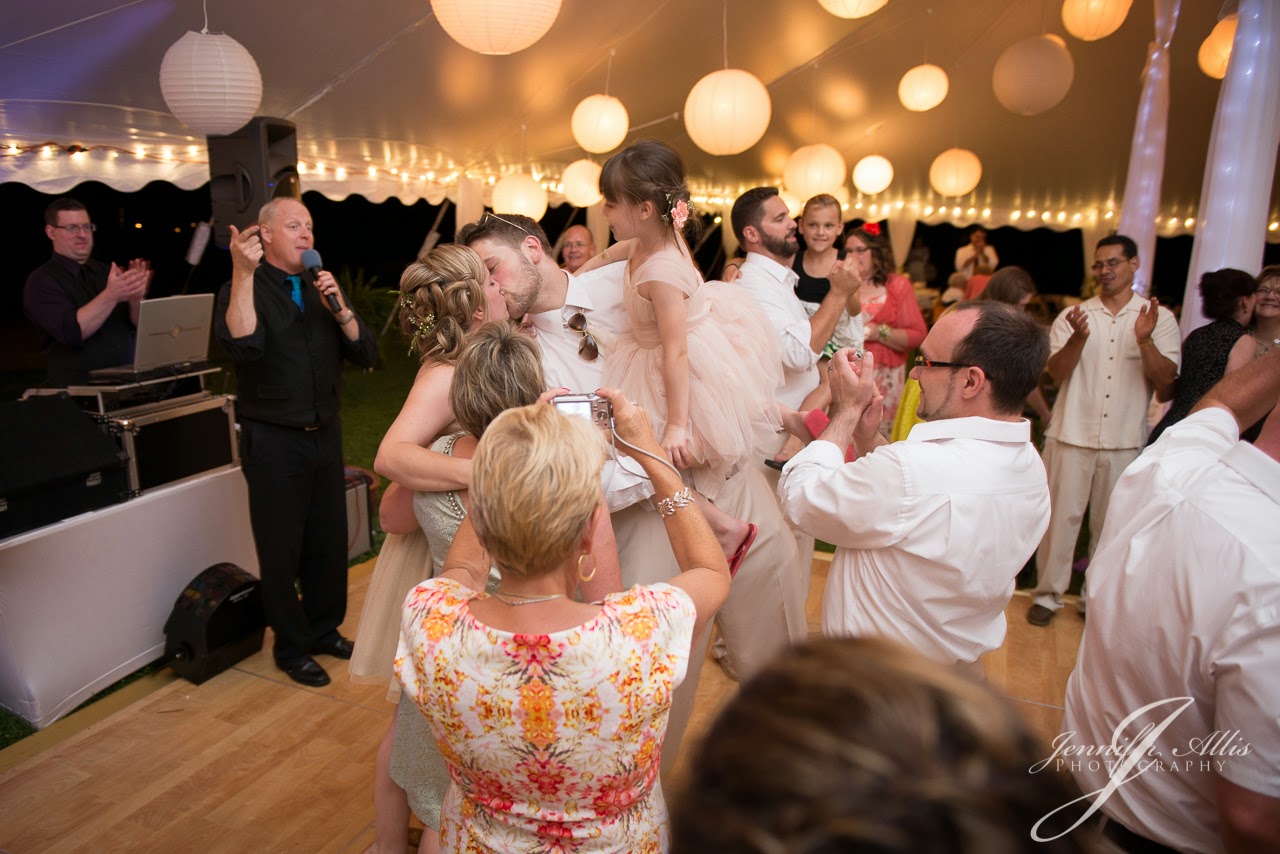 At twilight, the now-abandoned barn was the perfect setting for our parting shot. 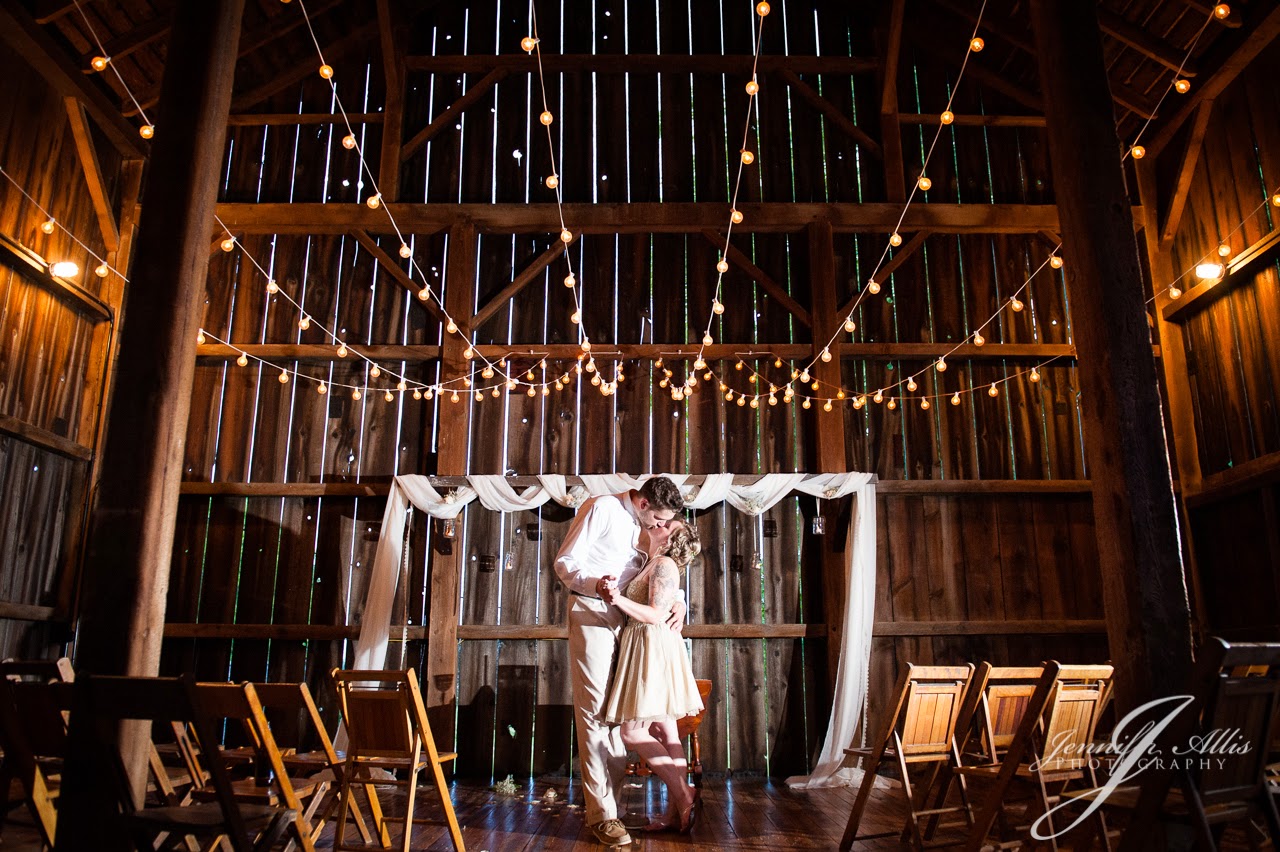 Steve and Liz, it was fabulous!  Gorgeous and fun!  Congratulations to you both.  May you be blessed with many years of wedded bliss!